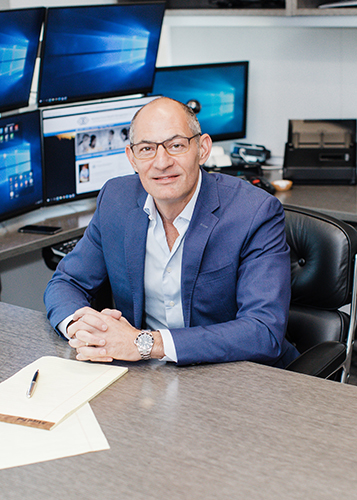 David Monheit is a native Arizona resident who loves the Valley of the Sun. He is located in our Arizona office. After graduation, he followed in his father's footsteps and began his career in accounting in 1991. Within two years of graduation, David passed the CPA exam, which allowed his career to flourish with opportunity. He continued his studies in personal taxation, trust taxation, and financial planning. To add the expertise of financial planning, he also took steps to achieve the designation of PFS (Personal Financial Specialist). David's educational background and years of practice allow him to integrate his knowledge at all levels of financial decisions so that clients can count on him for personal CFO-level advice.

As early as grade school, David had an interest in the stock market. He researched and invested in stocks and funds with the money he earned from mowing the yard. During his high school years and college summers, David worked in various positions such as retail, a legal clerk for various downtown Phoenix law firms, and even as a lifeguard.

After college, David spent time at Price Waterhouse and some regional firms in Phoenix. After nine years in practice with his own client base, David realized that many of his clients were not properly serviced by their financial advisors. He took steps to integrate financial planning and portfolio management into his practice.

With the CPA PFS designation, David has always been ahead of most of his peers due to his innate predisposition to advise based on the client’s best interest. David's fiduciary standard is also backed by the AICPA requirements to follow a documented fiduciary level process. The addition of the Department of Labor's fiduciary standard was a natural progression.

David knows that there is no single approach for all clients. He takes the time to get to know his clients, their goals, and their investment risk tolerance. After examining the whole picture, he can design a comprehensive solution that considers all the risks and rewards inherent in one's financial plan.

When not at the office, David is a dedicated family man who enjoys travel, fitness, mountain biking, and keeping up with his three children.