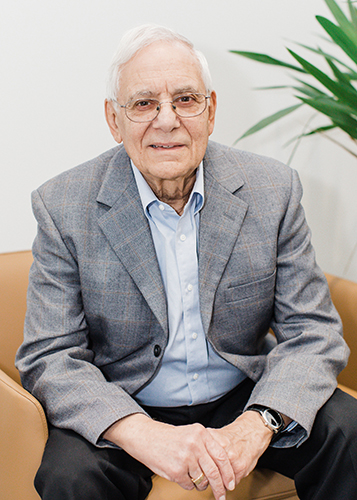 Howard Monheit, the original Monheit family CPA, founded Monheit Zongolowicz Frisch CPAs PLC in 1971. Howard, a transplant from Yonkers, New York, graduated from New York University's School of Commerce, Accounts, and Finance now known as Stern School of Business. He received a commission as a Naval Officer and served 3 ½ years aboard two ships. Upon separating from the Navy, he picked up his new bride in New York and moved to Arizona. Once he earned his CPA Certificate, Howard opened his first office in a rented suite in Sun City, Arizona. Shortly thereafter he built an office in Sun City on Coggins Drive. When his son, David, joined the practice, a second office was built in Sun City West. Howard has always placed importance on a “brick and mortar” presence in the communities in which he practiced. This shows a stable presence which has proven to be true. The tradition continues with the firm’s location in Surprise and a ten-year tenure at our location in Scottsdale near Kierland Commons. Howard was President of Sun Health Foundation on two occasions and is a member of a number of professional organizations. Howard enjoys traveling and spending time with his family. Within this multi-generational firm, Howard's tenured expertise in individual and trust taxation continues to be an asset to our firm.